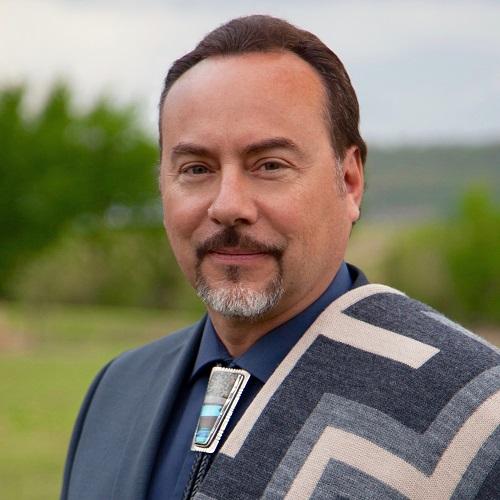 James Pepper Henry is the Director and CEO of the First Americans Museum (FAM), a new cultural institution located in Oklahoma City. Its mission is to educate the broader public about the unique cultures, diversity, history, and contributions of the 39 federally recognized tribes that were removed to Indian Territory, now the state of Oklahoma. The facility is scheduled to open in September 2021. Most recently, “Jim” was the Executive Director of Oklahoma’s premier art, history, and culture museum, the Gilcrease Museum. He co-led the successful $65 million campaign to update and expand the facility. Jim also served as a commissioner on the Greater Tulsa Area Indian Affairs Commission and was a key proponent and facilitator to establish “Native American Day” as an official City of Tulsa day of recognition. Prior to Gilcrease Museum, Jim was the Director and CEO of the Heard Museum in Phoenix, AZ. He developed programming and exhibitions that significantly increased visitorship and membership. He was the first enrolled Native American to be at the helm of the 83-year old institution. From 2007 to 2013, Jim was Director and CEO of the Anchorage Museum at Rasmuson Center, Alaska’s art, history and science institution. He oversaw the completion of the Museum’s $110 million, 80,000 square foot expansion, including the debut of the new Smithsonian Arctic Studies Center exhibition hall and the new Imaginarium Discovery Center. Jim is a former Associate Director of the Smithsonian’s National Museum of the American Indian where, for nearly ten years, he managed a wide variety of Native American community-oriented programs, services, and traveling exhibitions. Jim played a pivotal role in the establishment and launch of the American Indian museum on the National Mall in Washington, DC that opened to the public in 2004. Jim is a member of the Kaw Nation of Oklahoma and of Muscogee Creek heritage. He is the inaugural Director of the Kaw Nation’s Kanza Museum. He is a graduate of the University of Oregon and a recipient of the University’s prestigious Council for Minority Education Leadership Award. He is also a graduate of the Museum Leadership Institute at the Getty Center in Los Angeles, California. Jim has contributed essays to various publications including Stewards of the Sacred, co-published by the American Association of Museums and Harvard University, and; Native Universe: Voices of Indian America, co-published by the Smithsonian Institution and the National Geographic Society.