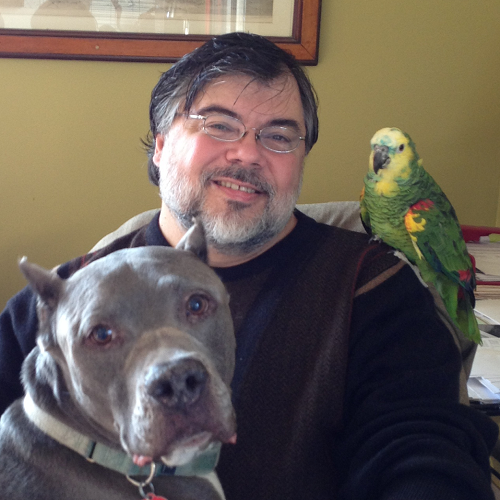 Nicholas Gilman has been working on behalf of animals for over 33 years. He has worked at the local level at animal shelters doing everything from direct care of animals to executive director. His work experience ranges from national disaster relief to cruelty investigation, consulting and shelter design. He worked for three years for the Humane Society of the United States (HSUS), and for seven years for the American Humane Association (AHA) where he served as Director of Animal Programs. Gilman has appeared on the NBC Today Show, CBS This Morning and National Public Radio. He has authored numerous articles in humane trade magazines and has presented hundreds of workshops on humane issues both in the United States and abroad. He was a founding board member of the National Federation of Humane Societies. He lives with companion animals who wish to make it clear that they were not consulted on whether Gilman deserves any awards.