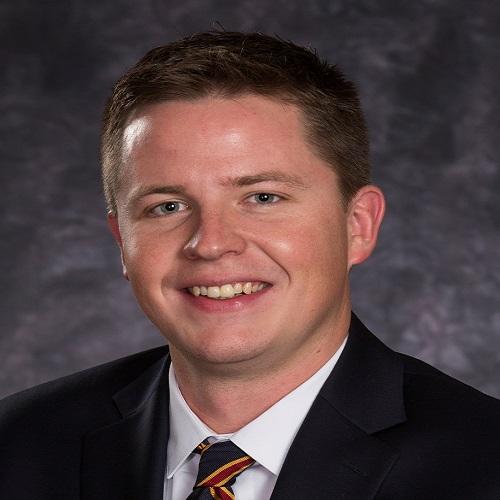 John Daniels joined the Green Section in 2014 as an agronomist in the Central Region. He is currently based out of Dallas, Texas. John’s interest in golf originated at the age of 13 when he began caddying at Algonquin Golf Club in St. Louis, Mo. A recipient of the Chick Evans Scholarship for Caddies, he attended the University of Missouri where he earned Bachelor of Science degrees in plant science and business administration. Following graduation, John was accepted into the graduate program in plant pathology at Purdue University where he studied under the direction of Dr. Richard Latin. His education at Purdue addressed all aspects of turf disease epidemiology and control and he gained experience in disease management of both cool-season and warm-season grasses. John’s thesis research focused on the persistence of fungicides on creeping bentgrass fairways. Prior to joining the USGA, John was an assistant superintendent at Wheatley Hills Golf Club in East Williston, N.Y. He also worked at Oakland Hills Country Club in Bloomfield Hills, Mich., and St. Louis Country Club in St. Louis, Mo., as an intern. In 2009 he was selected to participate in the USGA Green Section internship program.